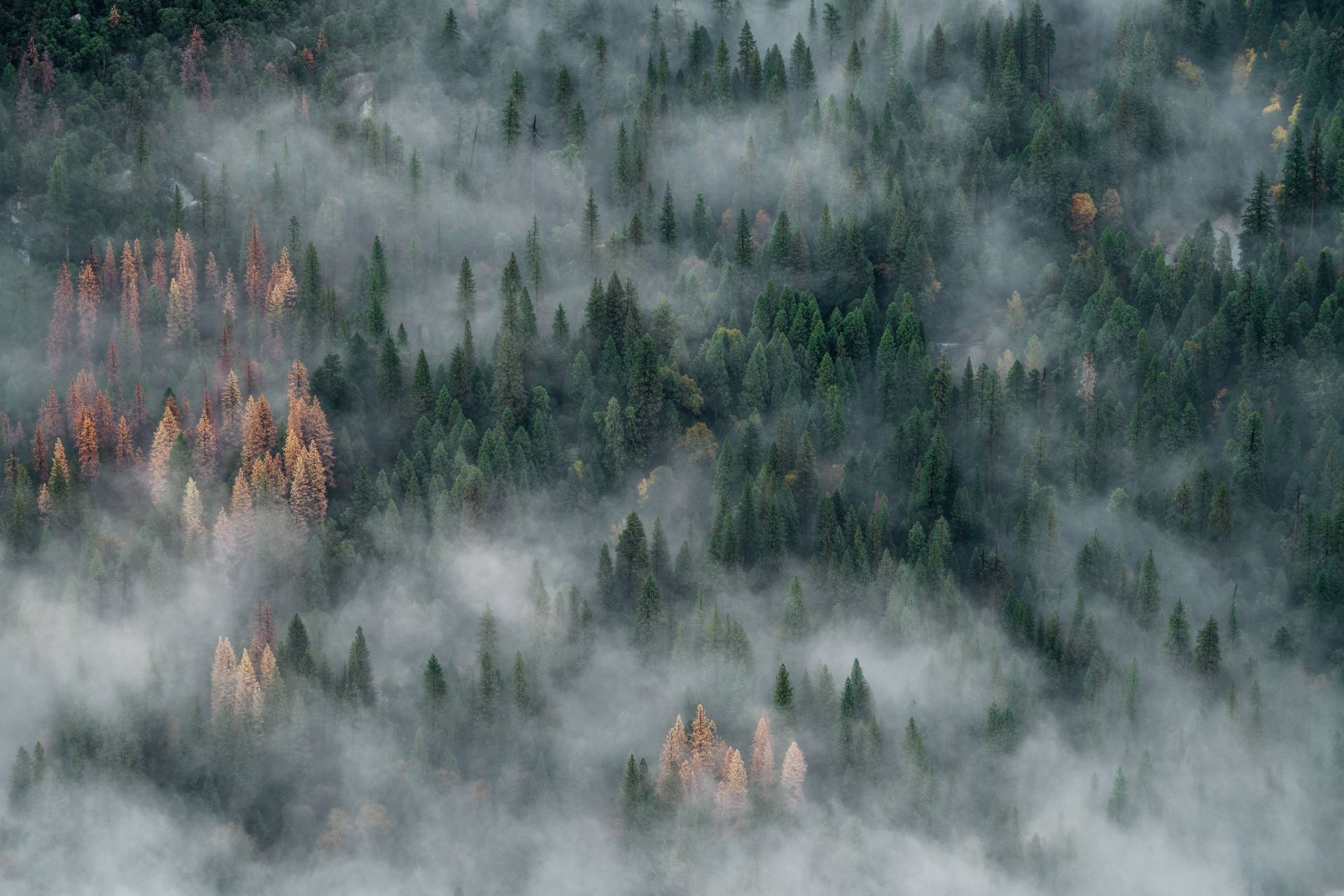 There is a lot of evidence that suggests dysbiosis plays a central role in the pathogenesis of MS.

Using this model, I demonstrate how that might happen.

In addition to hosting 70% - 80% of your body's immune cells, your gut is home to countless bacteria, viruses, and fungi. These microbes are collectively referred to as the "microbiota" or "gut flora," and they comprise the "gut microbiome." (The three terms are often used interchangeably.)

The microbes serve different functions, including helping to keep ingested pathogens from causing infections and to digest/break down certain fiber, proteins (including a wheat protein), starches, and sugars (including lactose), which helps our bodies derive benefit from things we can't digest. These microbes can also produce substances that are particularly relevant in MS.

It should come as no surprise that the composition of these microbial populations has wide-ranging effects on your health.

Dysbiosis is the disruption of the balance between the populations of microbes in the microbiome.

There is a large body of evidence that suggests dysbiosis is common in many neurological conditions, including autism spectrum disorder, schizophrenia, psychosis, multiple sclerosis, as well as other physiological disorders such as irritable bowel disease and celiac disease.

There are many factors that contribute to dysbiosis.

Infection (or overgrowth of a particular population of gut microbe) naturally (and definitionally) disrupts the balance of microbial populations in the microbiome. Within the context of the gut microbiome, this occurs primarily through the ingestion of pathogens.

The food you eat can alter the balance of the microbiome.

Because the gut bacteria thrive on different types of food substances, the amount of those substances in your diet impacts their population in your gut.

Many of the "good" bacteria in your gut thrive from fiber, for example. A diet low in fiber results in diminished populations of those bacteria, which in turn, diminishes the beneficial effects of those bacteria on your health. This is the basis for prebiotics.

Indeed, antibiotics were routinely administered to livestock as a "growth promoter."

The EU banned this practice in 2006. The US finally followed suit (more or less) in 2017 when the FDA issued a voluntary ban to the meat industry to discourage the use of "medically important" antibiotics--i.e., antibiotics used to treat humans--in livestock for the purpose of growth promotion.

In addition, livestock administered antibiotics for illness are required by the FDA to be "withdrawn" for a period of time (based on which drug[s] were used) to give the animal time to clear the antiobiotics from its system.

And although some experts claim there are no residues of antibiotics in meat, the FDA acknowledges that "when a food-producing animal is treated with a drug, residues of the drug sometimes remain in or on edible tissues from that animal."

This is not only a concern with US-raised meat, but with meat from other countries as well.

The types of fat in your diet makes a difference as well. Diets rich in Omega-6 fatty acids seem to cause the overgrowth of "bad" bacteria, and supplementing those diets with Omega-3 seems to return the microbiome to a more favorable state.

In addition to contributing to dysbiosis, Omega-6 fats have long been suspected of being inflammatory. And although that's been called into question, it seems fair to say that we tend to consume too much Omega-6 fat and not enough Omega-3s, so cutting down on Omega-6s is likely a good thing.

Certain lifestyle choices may also have an effect on your microbiome. Insufficient exposure to sunlight can lead to Vitamin D deficiency. In a study involving MS patients, Vitamin D was shown to affect the composition of the gut microbiome. (This is just one of the many beneficial effects Vitamin D has on MS.)

Therefore, it's conceivable that insufficient exposure to sunlight can make you more susceptible to dysbiosis.

Pharmaceuticals can also induce dysbiosis. Oral contraceptives can impact your body's endogenous hormones (i.e., the hormones your body naturally produces), and that can impact your gut microbiome. Antibiotics and antifungals contribute very directly to dysbiosis as they are designed to eradicate bacteria and fungi.

Pesticides may also lead to dysbiosis. Although there may be pesticides that are far more harmful to humans, Glyphosate (Roundup) has certainly been in the spotlight in recent years, and for good reason.

In an excellent paper studying the effects of glyphosate and its links to neurological disorders, authors cite a 2012 study that found that "Roundup® in concentrations lower than those recommended in agriculture inhibited microbial growth of three microorganisms that are widely used as starters in fermentation of milk products, including a species of Lactobacillus." The authors later point out that "several members of the Lactobacillus family are capable of producing the inhibitory neurotransmitter γ-aminobutyric acid (GABA) via the enzyme glutamate decarboxylase."

In other words, glyphosate can contribute to dysbiosis via the depletion of beneficial bacteria which produce GABA and reduce glutamate. GABA/glutamate imbalance is big issue in MS and is associated with relapses.

Dysbiosis may conceivably be an inheritable condition as well. A study showed that "the maternal gut microbiome is the source of the majority of transmitted strains" to an infant's gut microbiome.

This may factor into the incidence of early onset MS and autism spectrum disorder, which is also linked to dysbiosis.

Dysbiosis Lays the Groundwork for Autoimmunity

1. Dysbiosis is a Key Contributor to Dysregulated Immune Tolerance

Immune tolerance is the "state of unresponsiveness of the immune system to substances or tissues that have the potential to induce an immune response." In other words, it's the process that prevents the immune system from overreacting to perceived pathogens.

In the gut, immune tolerance is primarily determined by the balance of immune cells, and this concept is perhaps best illustrated with the butyrate/Treg axis.

Butyrate is a short-chain fatty acid that is known to be an important modulator of inflammation with properties that make it particularly relevant to MS:

Wikipedia describes Tregs in this way:

In other words, Tregs are the leash that restrain certain immune activity that could otherwise result in autoimmunity.

Intriguingly, Tregs may have an even more downstream and obvious benefit to MSers; they may help remyelinate damaged neurons by promoting oligodendrocytes (cells that produce myelin in the CNS), "even in the absence of overt inflammation."

How Do Tregs Help to Prevent Autoimmunity?

These cytokines (chemical messengers between cells) can quash immune activation against self-antigens by diverting immune cells away from engaging in inflammatory activity.

Imagine an army sergeant running around, ordering his platoon to stand down as they're either fighting or preparing to fight. In this analogy, the sergeant is a Treg and his orders are the cytokines.

What's the Significance of the Butyrate/Treg Axis in MS?

If a we have a depletion of butyrate-producing gut bacteria, we naturally have less butyrate. Less butyrate means fewer Tregs. Fewer Tregs means less IL-10, TGFβ, and IL-35. Less of those cytokines means less protection against the development of autoimmunity.

2. Dysbiosis Can Contribute to Intestinal Hyperpermeability

‍Intestinal hyperpermeability may lead to food sensitivities and autoimmunity, perhaps independent of dysbiosis.

3. Dysbiosis Can Contribute to Chronic Inflammation

The overgrowth of certain bacteria can produce inflammatory substances that, in excess, can drive chronic inflammation.

Gram-negative bacteria are marked by a cell membrane made of lipopolysaccharide (LPS). LPS is very inflammatory and is often used in laboratory experiments to induce immune reactions. When LPS comes in contact with our cells (e.g., epithelial cells, immune cells), they cause inflammation.

4. Dysbiosis Can Lead to the Development of Autoantigens

In a paper that made its rounds in the MS scientific community in 2018, researchers discovered that a gut bacteria-derived enzymatic protein called GDP-L-fucose synthase seemed to be an autoantigen (or "self-antigen") in the MSers they studied.

The researchers concluded that individuals with a certain genetic predisposition seem more likely to develop an immune reaction toward a protein that is produced by gut bacteria, and those proteins seem to cross-react with stuff in MBP (myelin basic protein), which is an important component of myelin.

An overgrowth of either of these bacteria could lead to more GDP-L-fucose synthase, thereby increasing the chances of autoimmunity developing.

Interestingly, a study found a strong associations between E. coli and MS.

While there doesn't seem to be much hard evidence yet to support the idea that microbiome-derived products are a substantial factor in MS, I believe further research will strengthen the link.

Evidence of the Significance of Dysbiosis in MS

Significance in the Pathogenesis of MS

What Does This Model Tell Us?

The main takeaways of this model are:

What Medical Practitioners May Push Back On

Argument: There's no proof that dysbiosis is the cause of MS. In your murine examples, EAE does not spontaneously develop due to dysbiosis alone; the mice are genetically or environmentally prone to developing EAE.

Rebuttal: There is no direct proof that dysbiosis is the singular cause, agreed. It's more accurate to think of dysbiosis as the spark that ignites a room filled with gas.

It's clear that much of MS pathology depends on the microbiome (and hence dysbiosis). So it would be fair to say that, in the absence of that spark, the gas would be much less likely to ignite.