The Pathogenesis Of MS: Infection Model 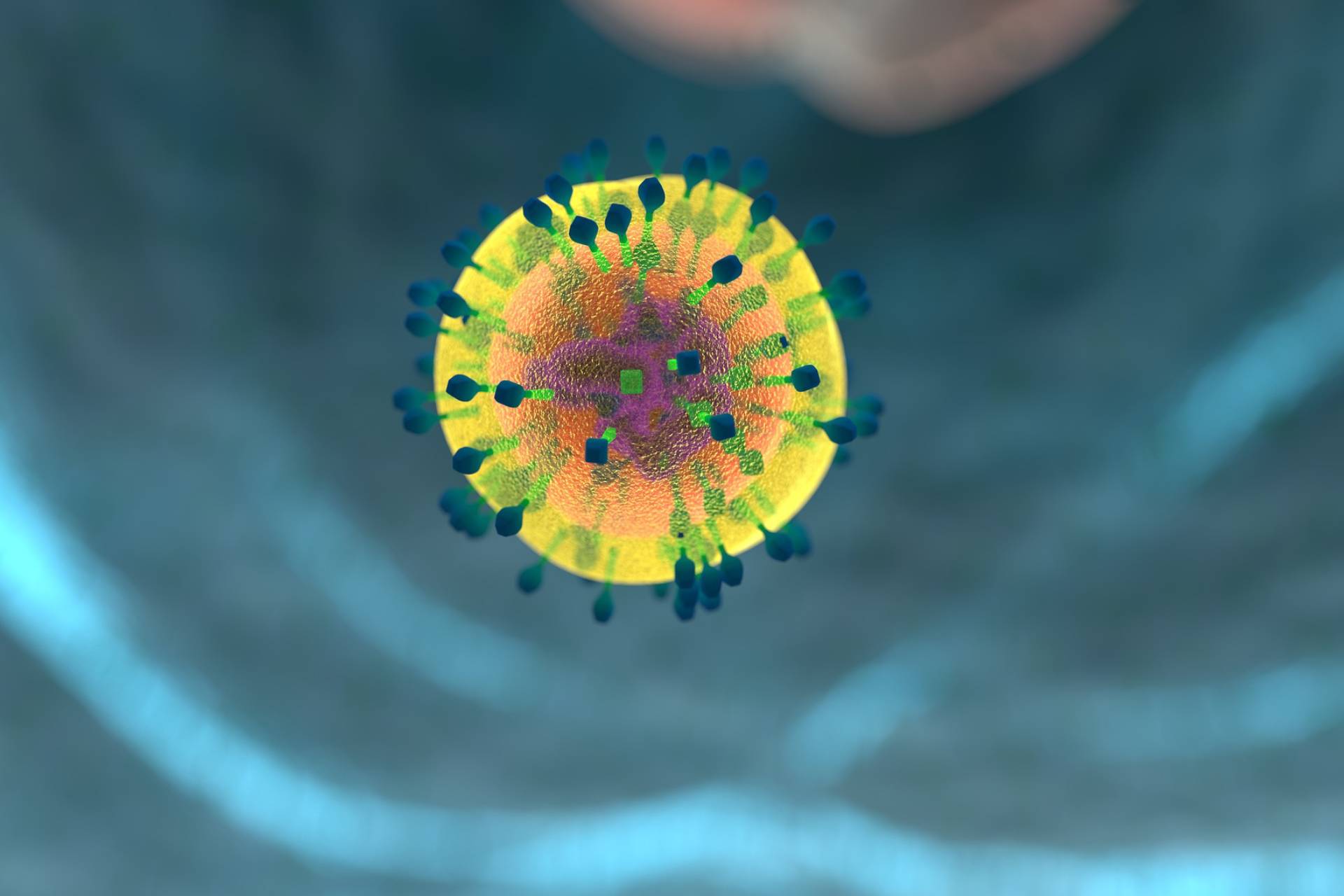 Researchers have linked MS to a number of bacteria, viruses, fungi, and protists.

Although the presence of antibodies could be evidence merely of past infection, there are other data that suggest active infection:

EBV, which is also known as Human Herpes Virus 4 (HHV-4), is responsible for the majority of mononucleosis cases (affectionately known as the "kissing disease"). Studies suggest that mono raises the risk of MS by 2 - 4 times.

HHV-6 is associated with a "three-fold increase in the risk of progressive MS."

Although the same kind of MS risk assessment may not have been done on other pathogens linked to MS, it seems likely that they may also raise the risk of MS.

The case for infection as a principal driver in MS is supported by the efficacy of some treatments.

The reasons for DMF's efficacy in MS treatment is not entirely understood. While it's been shown to promote more anti-inflammatory conditions, some researchers suspect there's a more direct mechanism at play.

In a peer-reviewed paper, a team of researchers in Spain propose an interesting model demonstrates how EBV could work in conjunction with a fungus called C. albicans to cause autoimmunity. As they suggest, an antifungal such as DMF could certainly be an effective treatment for MS if a fungus truly did play a major role in the pathogenesis of MS.

Another antifungal (very similar to DMF), called diroximel fumarate, was FDA-approved for MS treatment in October of 2019.

A man named David Wheldon was the person who first drew the link between C. pneumoniae and MS. Through the administration of a cocktail of antibiotics he and a colleague designed, he was able to "cure" his wife's MS.

Other antibiotic treatments for MS include Mitoxantrone and RHB-104, which is undergoing a clinical trial for MS.

Fungi may cause demyelination when they "sequester in non-neuronal tissue and release toxins that target and destroy CNS astrocytes and oligodendrocytes."

3. Tissue Binding and Weakening of Barriers

Clostridium perfringens, which is linked to MS, produces toxins that may bind to nervous tissue and may contribute to hyperpermeability of the gut and of the blood-brain barrier.

Infections tend to follow a somewhat cyclical pattern of activation which may underlie the relapse-remitting disease course in MS.

In a study, researchers found that the "Human herpesvirus 6 viral load during active HHV-6 infection was significantly greater among patients with RRMS in exacerbation than in remission." This suggests that HHV-6 reactivation is able to trigger relapses.

A similar scenario is proposed by another group of researchers who focused on C. perfringens: "we propose that that [C. perfringens colonizes] the human gastrointestinal tract, resulting in periodical blooms of exponential growth, leading to secretion of the toxin [ETX]. Activation of ETX induces intestinal permeability...allowing entry of the toxin into the blood stream. Once in circulation, ETX specifically binds to the CNS microvasculature, causing BBB permeability and allowing entry of the toxin into the brain parenchyma. Once in the brain, ETX specially kills mature oligodendrocytes, leading to demyelination."

5. Cross-reactivity Between Pathogens And Neural Tissue

A study suggests that Candida albicans, which is linked to MS, may cross-react with brain tissue. Additionally, a study with mice showed suggested that Candida is able to cross the blood-brain barrier.

Products that are produced by pathogens linked to MS can cross-react with neural tissue.

For example, both EBNA411-426 (a product of EBV) and Escherichia coli-derived GDP-L-fucose synthase can cross-react with myelin basic protein (MBP). Both EBV and E. coli were found to be elevated in MS patients.

Researchers also hypothesize that Haemophilus influenzae (a bacteria) and Acanthamoeba castellanii (an amoeba) may be involved, as they produce CSF114(N-Glc) and amoebic rhodanese-related sulfurtransferase, respectively. The former can cross-react with myelin oligodendrocyte glycoprotein (MOG) and the latter can cross-react with both proteolipid protein (PLP) and MBP.

Infections may have a hand in inhibiting remyelination as well.

A strain of HHV-6 produces a protein called U94A which has been shown to inhibit the movement of oligodendrocyte precursor cells (OPCs), which, when mature, are responsible for myelination of nerves.

In a paper, researchers shine a light on EBV and propose a model for how EBV may lead to the development of MS.

Because viruses are unable to replicate on their own, they must instead infect host cells and cause them to replicate.

EBV does just that, infecting and "hijacking" B cells. EBV causes B cells to change their gene expression and circumvent some aspects of its immune tolerance, which are your body's natural checks and balances that keep autoimmunity from developing.

Whereas initiating an immune response against an antigen may usually take four steps between several immune cells, an B cell infected with EBV may circumvent one or two of those steps.

Thus, EBV makes it much more likely to instigate an humoral (B cell-/antibody-led) immune response to a perceived antigen.

And when a humoral immune response happens, the B cell replicates, replicating the EBV along with it.

This model explains how EBV is such a big risk factor for MS.

What Does This Information Tell Us?

Infection can directly cause MS, as was demonstrated by the group of workers with mold infections and by David Wheldon.

Outside of that, there are only correlations between infections and the pathogenesis of MS--some correlations stronger than others.

Given everything, I think it is very likely that certain pathogens:

It's important to understand that if an underlying infection is to blame for the pathogenesis of your MS, diagnosing and attempting to treat the infection is perhaps the best option for you; not doing so will eliminate any chance you have of putting your MS in permanent remission.

Furthermore, immunosuppressive therapies (virtually all mainstream MS treatments) are a double-edged sword in the context of infection-based MS etiology. While those therapies quell immune activity that damages your nerves, they could hypothetically enable the survival of pathogens and seal your fate.